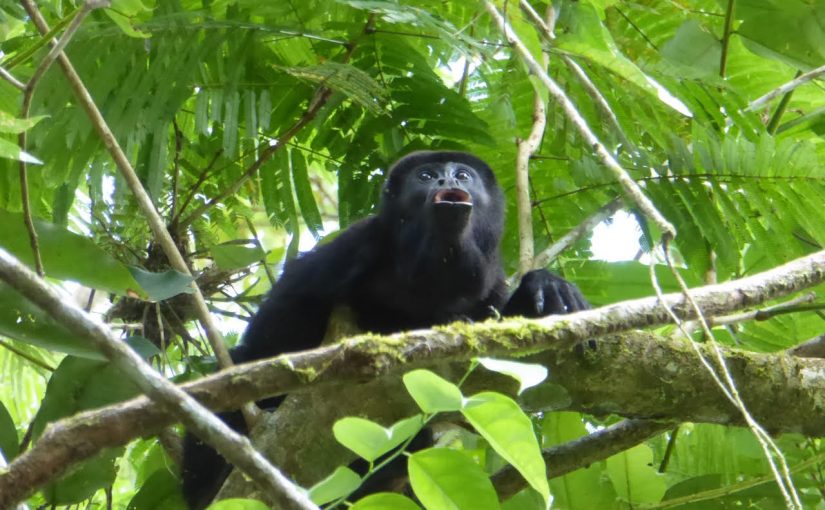 Off to Costa Rica.

Copa Airlines flew us from San Francisco through Panama City to San Jose, Costa Rica. Our taxi driver lamented the traffic delays due to a bridge project. The route took us past rudimentary “homes” that were only sheets of tin for roofs, and through a better neighborhood with grates at the windows, high fences, and coils of razor wire. According to the taxi driver there is not much crime, but some people like to decorate their homes like that. We had a walking tour of the city with churches and statues and the market. Perhaps these street vendors were nervous immigrants suggested to be from Nicaragua.  The woman in the pink shoes reacted rudely and vociferously when I took a photo.  We never found out what they were selling. The original airport was close to the city and has been re-purposed into an art museum. The diplomats lounge had remarkable bas-relief carvings of the history of Costa Rica. There were some well carved cedar wood sculptures as well of Costa Rican women.  So many babies being pushed in strollers by very large women.  Seemingly in these sculptings from 2015, the ideal female form is built for fertility and childbirth. Our 20 year old tour guide said there was no abortion because  Catholicism is written into their constitution. She thought there might be places to find birth control. Overall, we were discouraged by San Jose as it’s suggested to be a “better” part of Latin America.   Sigh… our hotel was really excellent however and we highly recommend the Grano de Oro.

Leaving the city, we drove five hours to the Nicoya peninsula. The last stretch of the route was miles of unpaved dusty road where we couldn’t keep our cloud of dust from drifting over the clotheslines that we passed. Montezuma was the end of the road. We parked our car at the El Sano Banano where a driver authorized to drive on the beach transported us and our luggage to the Ylang Ylang resort. It was a tropical paradise. No cars, only the noises of the waves and the jungle, the perfume of frangipani and ylang ylang flowers… Tony was fascinated by the effect of the Bliss laser lights, and subsequently bought several! Our next destination was Finca Luna Nueva, another eco-resort near Mount Arenal. We had a day pass at Tabacon resort and we were lucky enough to have clear views of the volcano. Wow! Just like in the old movies with a swim-up bar.  🙂 Tropical vegetation and numerous waterfalls and pools warmed by the volcano. Back on the road, we spent some time at the iguana bridge, buying hats, hanging out with the iguanas and feeding them bananas, very cool. I’ll skip the photos of the bumpy road to our next stop, Maquenque at Boca Tapada. Trust me, there were lots of melon-sized boulders in lieu of pavement. At the end of the route, we parked our car and met a little motor boat to take us across the river to our resort. Again, no cars. Now we were on the bird route and the dining room was open air with feeders of papayas and bananas attracting birds. We loved our accommodations, rustic from the outside, civilized inside with a king size bed, indoor and outdoor showers, mini-bar and all, up 65′ at the height of the birds and the howls of the howler monkeys. A surprising number of guests in ground level cabins expressed their fear of heights. We spotted the eyes of lots of caymans in the ponds on our walk into our jungle  home after dinner in the lodge.

A river tour took us up to the Nicaragua border. What a remote area. The residents know their medicinal plants and first aid as they are hours from a hospital. Supplies arrive by boat. Border control and the police station seemed fairly relaxed. Everyone in the countryside was friendly and helpful and proud to show us their country. Time to leave again along the bumpy road, past the “sustainable” pineapple plantations (that have removed the habitat for the native macaw parrots) then cross country to the Sarapiqui region. Our last resort was surprisingly close to a major highway, but we were not disappointed when our afternoon walk brought us into close proximity to the elusive howler monkeys — whole families traveling through the trees. Our host advised us not to stand under a monkey as they drop “things”. Our resort, Hacienda La Isla, was also a cacao plantation and the Belgian owner Jean Pierre gave us a tour of the growing and history and preparation of traditional hot cocoa. We stopped at a modern chocolate factory on our way back to San Jose, where we enjoyed one last night at the Grano de Oro hotel eating our favorite foods of the trip. There’s Glenys. She was there too, but usually on the other side of the camera.